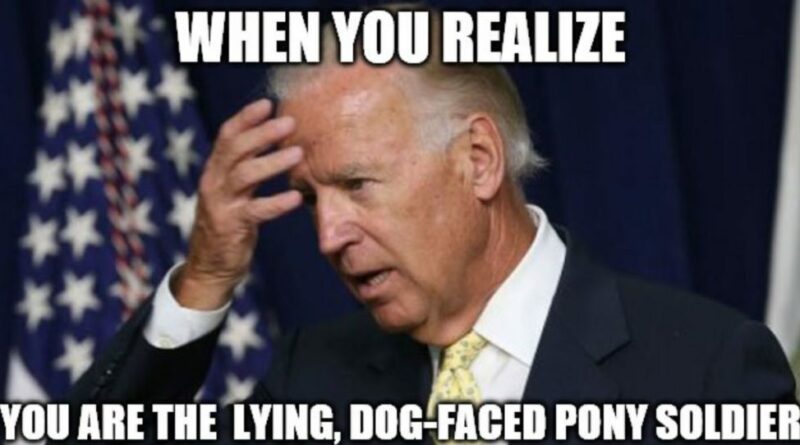 As the domestic and international situations continue to tank under the Biden presidency, there are more and more things, in addition to the border invasion disaster and the horrible fuel prices, that indicate more bad outcomes to visit this once-pleasant nation, under the autocratic rule of weeping Joey Biden. Here are a few:

1) Biden’s press secretary, his Secretary of State, the vice president and other members of his administration, repeatedly and often made the statement that the sanctions this administration was proposing and putting in place would deter Putin from attacking Ukraine. Well, as with everything else with this out-of-touch, lying president, now pudding-head Joey is stating, in front of the international press in Europe, that he never said that sanctions would deter Putin. And not only did he make this statement in front of the world at a much-publicized meeting of heads of state and the international press (who are in the habit of keeping track of press releases and what was said by presidents and prime ministers) but he got mad at a reporter who asked about the sanctions imposed to deter Putin as not working and bawled her out for making a false statement. America is being humiliated in front of the world by the idiot, Joey Biden.

3) Many foreign heads of state will not accept phone calls from Biden. Our president is held in such low esteem by foreign leaders that many national leaders, including the Russian dictator, will not speak with him when he phones them because he’s so stupid and weak and has such a short memory span that they will not be bothered by his calls, which are likely just whimpering pleas in exchange for some favors Joey can do for the corrupt ruler, which is Joey‘s way of doing personal business and making the Biden family wealthy.

4) At the current international summit our demented president made the asinine statement that the other leaders at the meeting certainly believed that “I can handle the job” of president of the United States. That statement by Joey sounds a lot like Richard Nixon when he stated that “I am not a crook”. When someone has to tell the world that he is competent and in charge of his duties and that all of his peers like and respect him, that person most likely has demonstrated how incompetent he is, and his unsolicited statement to certify competency proves he’s a failure, like Joey Biden is.

America is in real trouble with this fool of a man in the White House.

Senators call for US to withdraw from WHO 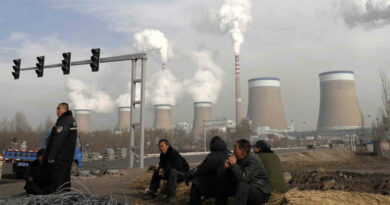 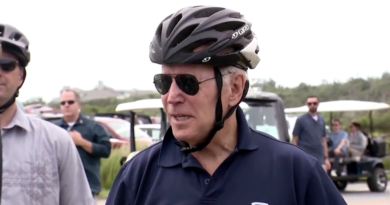 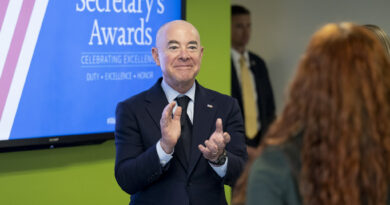 DHS Warns of ‘Heightened Threat Environment’ Ahead of Midterm Elections

Dr. Mehmet Oz challenges Dr. Anthony Fauci to a debate, calls him ‘a petty tyrant’ and ‘the J. Edgar Hoover of public health’