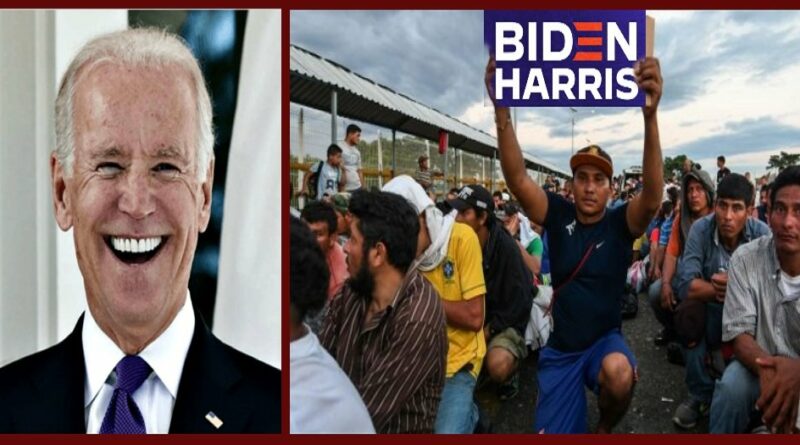 While the federal government and mainstream media incessantly inundate the American public with false information surrounding the coronavirus to coerce vaccine compliance, another crisis is escalating in the United States under the illegitimate president’s leadership.

The Biden administration has welcomed illegal immigrants with open arms.

U.S. Border Patrol encountered at least 1.78 million migrants at the southern border during the fiscal year 2021, which ended on September 30 and encompassed the first nine months of Biden administration – a 380 percent increase from the last full year of the Trump administration during FY 2020, according to USBP data.

The number of encounters at the U.S.-Mexico border has surpassed the populations of many major American cities.

TRENDING: Just Like Soviet Russia: T-Mobile Is Erasing Links to Gateway Pundit Articles if You Send Them by Text Message — MORE UPDATES…

Yet, the National Guard appears to be facilitating human smuggling.

In footage documented by a concerned American citizen, scores of Illegal immigrants are seen crossing the border in rafts in the middle of the night. A National Guardsman who identifies himself as Staff Sergeant Moreno is seen lashing out at the citizen rather than stopping the invasion.

National Guardsmen are seen assisting the transport of over a hundred migrants into Texas in footage recently documented by Breitbart.

The number of migrants who have evaded arrest by Border Patrol agents after illegal entry has reached historic heights.

According to CBP data obtained through a Freedom of Information Act request, the number of “gotaways” skyrocketed once Bident took office and continues to increase. 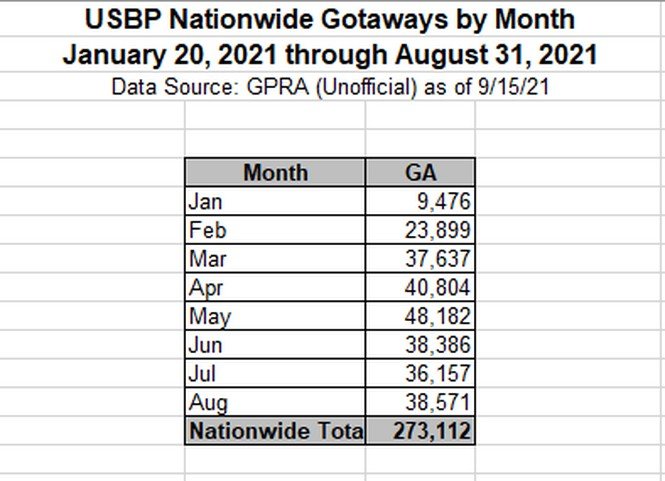 CBP data obtained through a FOIA request and provided to Townhall

Former acting commissioner of CBP Mark Morgan, who led the agency during the Trump administration warns the actual number of “gotaways” is dramatically higher than the CBP’s records show.

“Those numbers are bullshit – they are way low,” Morgan told Townhall, estimating at least 600,000 illegals evaded arrest and settled in states across the US in the month of December alone. “And that’s even low. There are many ‘gotaways’ they aren’t able to count.”

While the National Guard is documented facilitating illegal immigration, Customs and CBP have been reassigned to process thousands of migrants who willingly turn themselves in seeking asylum, rather than patrol the border.

In Arizona, along the Yuma sector of the southern border, merely two or three Border Patrol agents are typically assigned to patrol the border as thousands flood into the country daily, according to internal CBP documents leaked to Townhall.

The two or three CBP agents patrolling the border aren’t even allowed to apprehend the migrants they encounter illegally entering the US, under the Biden administration. 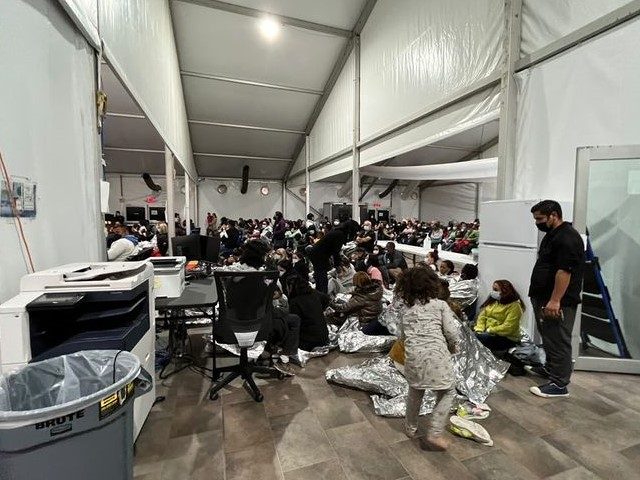 After allocating over $86 million in taxpayer funds to house illegal immigrants in hotel rooms and provide them with free food, medical care, COVID tests in March, the US Department of Homeland Security issued a memorandum on October 12 prohibiting “mass” worksite raids of illegal immigrants. The decree redirects the federal agency to instead prosecute American employers who hire undocumented workers.

DHS then took measures to make it even more impossible for CBP and U.S. Immigration and Customs Enforcement official to do their job.

For the first time, a single DHS-wide policy will guide @ICEgov and @CBP enforcement actions for protected areas, and it expands the list of protected areas to include places where children gather, disaster or emergency relief sites, and social services establishments.

The Biden administration may soon reportedly dish out a whopping $450,000 for each migrant parent and child that was separate during the Trump administration.

“That would mean that if a parent and a child were separated at the border, together they would be eligible for a combined payment of $900,000,” NBC News reports.

It cost a lot of money to not enforce immigration law and erase the southern border.

Biden’s mass release of illegal aliens into the US interior will cost at least $6.6 billion annually, according to analysis conducted by the Federation for American Immigration Reform. 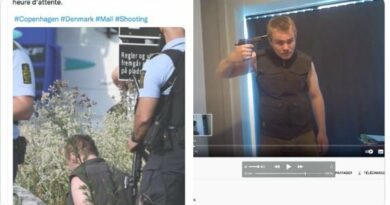 ‘Asking Teenagers To Do His Job’: Sen. Josh Hawley Says Biden Is ‘Incompetent’ For Pushing Agenda On TikTok