Carlson responded to the critics of Musk’s purchase of the social media company for over $40 billion, who vowed to guarantee free speech by making the platform private. The Daily Caller co-founder played footage of the audience’s reactions to former Democratic presidential nominee Hillary Clinton’s loss in 2016, but introduced the clip as “the scene inside Twitter headquarters in San Francisco when the Musk deal was announced.”

“Sorry, wrong tape,” Carlson said. “But the very same idea. What you just saw was the collective grief of people who thought they were going to be fully in charge. Who totally believe they’d be able to rule without limit. You’re watching those people learn that, actually, other people get to talk too. And that realization is crushing to them. It’s the one thing they fear, and that tells you everything about why those people should never be near power.”

“People who want a monopoly on speech and thought hate Elon Musk,” he added. “Not because he’s a ‘racist.’ He’s not. But because they can’t control him.”

Carlson played footage of Musk at an April 14 TED Talk speaking of the importance of a “broadly inclusive” social media platform to the “future of civilization.” During the interview, the Tesla CEO said a sign of a “healthy, functioning free speech situation” takes place when people are allowed to say things that others do not like. (RELATED: Liberals Absolutely Lose Their Minds About Musk’s Twitter Takeover)

“Who are the tyrants?” Carlson continued. “They’re anyone who is bothered by the idea that other people might get to talk. That is an unfailing test. It’s 100% accurate. Would you allow people who disagree with you to talk? If you wouldn’t, you are a tyrant. And tonight the tyrants are grieving.”

He then displayed a tweet by Democratic members of Congress, including Massachusetts Rep. Katherine Clark and New Jersey Rep. Bonnie Watson Coleman, calling for Twitter to “pay their fair share in taxes” in response to Musk’s purchase. Carlson said their statements were an attempt to “use their power to intimidate” Musk into changing his mind with the intent of controlling what Americans believe.

“Why are they so mad? Because they’re a monopoly on speech and information — their inability to control what you believe — has been broken,” he said. “So, once again, they’re resorting to force to get you to shut up. This is not an attack on Elon Musk. They’re not going to tax him into poverty, he’s the world’s richest man. This is an attack on you and your right to speak freely. To express your conscience in public. But for once, it’s not working and the media are infuriated.” 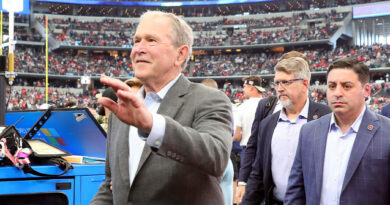 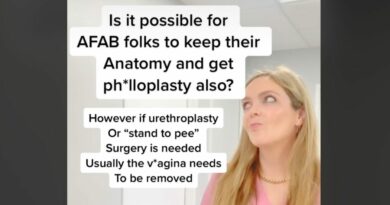 Kevin Costner Talks About The ‘Level Of Violence’ In ‘Yellowstone’