The recent controversy over Florida’s so-called “Don’t Say Gay” bill demonstrates how the corporate press acts as a “media laundering” operation that “washes” unpopular ideas on behalf of activists, politicians, corporations, and entertainers on the left. On virtually every major issue, media outlets like MSNBC, the Washington Post, and the Atlantic shape and amplify the preferred narrative of the Democratic party.

The actual proposed legislation that awaits Governor Ron DeSantis’ signature is in reality called the “Parental Rights in Education” bill, but virtually no one outside his state would know that.

Media laundering is the reason.

To truly appreciate the scope of the operation, one must understand its foundation. Money laundering schemes make large amounts of money from illegal activities (e.g., drug trafficking) look like they come from a legitimate source through a three-step process of “placement,” “layering,” and “integration.”

Placement involves injecting dirty money into a bank or other legitimate financial institution. The next step, layering, involves concealing the source of the money through a series of financial transactions (e.g., large purchases, offshore transfers) to change its form and make it hard to follow. In the final step, integration, the laundered money is withdrawn from legitimate accounts to be used for whatever purpose the criminal has in mind.

Media laundering schemes work on similar principles. In the world of information, “introduction” is the insertion of a legitimate issue into discussions of politics and culture. The second step, “confusion,” involves concealing the source of an idea or the finer details of a particular issue through a series of rhetorical tricks. These range from emotional manipulation, euphemisms, and policing tone to ad hominem attacks and dodging legitimate questions. In the final step, “acceptance,” an approved position and accompanying narrative have been created for use by other journalists, politicians, entertainers, and other people who rely on the liberal media for information.

The power of media laundering is that once ideas have been “washed” and declared acceptable, the people behind the scheme can apply maximum pressure in every area of society to ensure conformity.

In Florida’s case, the most controversial part of its parental rights bill would prohibit classroom instruction on sexual orientation and gender identity for children in kindergarten through third grade or in higher grades in a way that is not developmentally appropriate according to state standards.

One reporter from the Associated Press announced the passage of the bill this way: “The Florida legislature has passed the “Don’t Say Gay” bill, which Gov. Ron DeSantis is expected to sign into law.” Headlines from other “mainstream” sources included the following.

Instead of informing the public about the actual language in the bill and the issues animating the debate about it, the media acts like the press office for the left. The Democrats who have spent the last two weeks saying “gay” in TikTok videos and at rallies would much rather do that than clearly explain why schools need to teach 5-year-old children that some boys and girls are born in the wrong body.

Another issue involving children is Texas Governor Greg Abbott’s directive to the Texas Department of Family and Protective Services (DFPS) to investigate medical professionals and parents who enable a child’s “gender-transition” surgery. A district judge in Texas recently blocked DFPS from implementing this policy. Gubernatorial candidate Beto O’Rourke answered a question from a teenage girl who wants to be put on testosterone by echoing her claim about the increase in suicide attempts by trans youth.

A functioning press would cover these issues honestly instead of putting its thumb on the scales of public opinion. People need to hear real questions and answers about such important matters of policy and social life.

If journalists and politicians on the left were forced to acknowledge that men can’t become women and vice versa, they would have to explain why medical treatments that sterilize adolescents and young adults should be seen as compassionate. They would never respond to a spike in adolescent anorexia by calling for medical professionals to prescribe appetite suppressants and gastric bypass surgery to teens.

When it comes to the issue of gender identity, however, they have made the public accept the idea that conflicts between perceptions of the mind and the reality of the body require the body to change. The net impact is that Americans are less informed about the substance of our most important political debates even though we have access to more information than at any other point in history.

Issues related to sexuality and gender identity are the clearest examples of media laundering, but the practice is much more common than most people realize.

The video of ESPN personality Michael Wilbon chastising Brooklyn Nets star Kevin Durant for his recent comments about COVID vaccine mandates in New York City perfectly captures the media’s role throughout the pandemic. The veteran journalist rebuked Durant for not telling his teammate Kyrie Irving to “put a shot in your arm” and claimed mayor Eric Adams doesn’t have time to attend to the needs of a basketball team.

What he didn’t do was inform the public that the vaccine does not prevent either infection nor transmission, unlike the vaccines he said Irving needed to take to attend school. He also didn’t say that given Irving’s age and occupation, he is at extremely low risk for serious injury or death from COVID. Wilbon also knows that the Nets reached out to Irving after several of their vaccinated players caught COVID in December and that New York’s current COVID policy allows Irving to attend home games but not play in them.

All of these are facts the public would expect trained journalists to raise in order to have a more informed discussion. Instead, Wilbon appealed to emotions by noting the COVID death toll.

ESPN, like most corporate media, has laundered the left’s preferred narratives on COVID for two years. This is why journalists have mocked people who said they wanted to do their own research on masks and vaccines. The attempt to get Joe Rogan kicked off Spotify demonstrates media laundering only works when the public is restricted to sources of information that have been approved by the ruling class.

The purpose of laundering, whether ideas or capital, is to avoid accountability. Criminals know that having to explain their source of income in a court of law could lead to a lifetime in prison. Ideologues know that their ideas – from destroying the nuclear family to Drag Queen Story Hour – would be extremely unpopular in the court of public opinion.

Subjecting people to unrelenting narratives untethered from the truth, whether about their risk of being killed by police or dying from a respiratory virus, is a form of cruel and unusual punishment. The people behind the media laundering schemes do it to create a fearful, docile, and obedient class of citizens who support whatever the people in power are promoting at any given minute. That is why the national press would never refer to a ban on abortions after six weeks as a “Don’t Kill Babies” bill.

We must be persistent in demanding answers to the most important questions of the day, especially when our children are involved. Media outlets like to paint themselves as a moral compass, but their schemes show they are just a cultural weathervane. 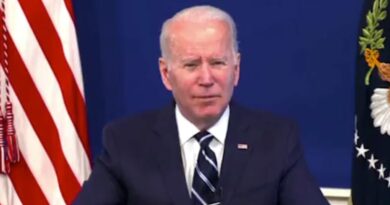 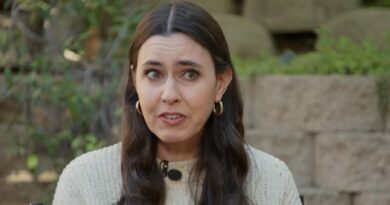 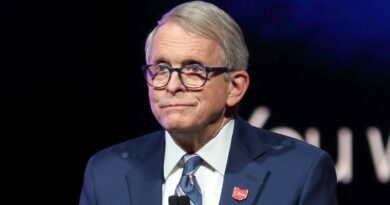 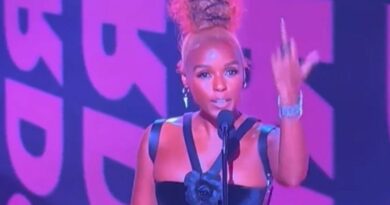 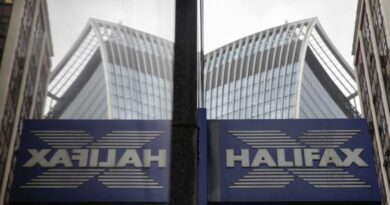