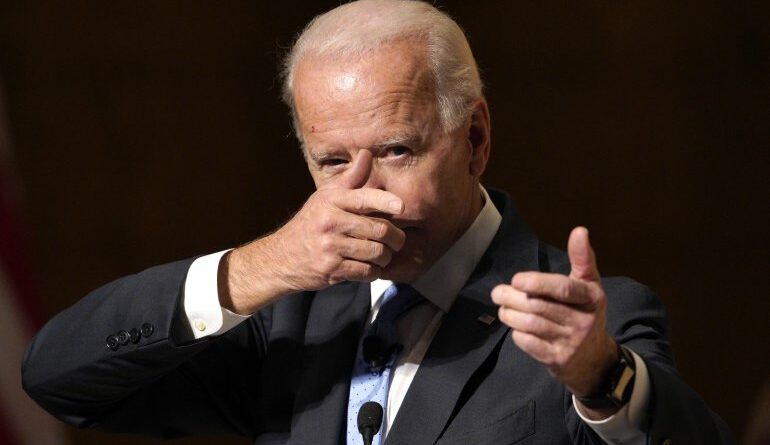 Second Amendment supporters are scrambling to stop the gun control passages buried in the text of the latest Washington “omnibus” spending bill, which passed the U.S. House of Representatives and then sadly passed the U.S. Senate to advance to the desk of Joe Biden’s White House handlers. A major pro-Second Amendment advocacy group is leading the charge to highlight the buried gun control passages in the more than $1.5 trillion bill. The bill reportedly finances the Bureau of Alcohol, Tobacco and Firearms (ATF) to facilitate a big Democrat cause: using local law enforcement to enforce the gun-grabbing laws of the federal government and to criminally investigate people who fail ridiculous background checks.

Check out the section on how the background-checks system is going to be used to target potential gun buyers if the bill passes. Look at section ‘‘§ 925B. Reporting of background check denials to State authorities…”

Gun Owners of America (GOA) stated (before the Democrat-controlled Senate passed the bill on Thursday evening): “Yesterday under the cover of darkness, Congressional Democrats released a 2,741 page government funding bill at 1:30 AM. GOA rushed to analyze the bill, found the gun control buried on pages 2207-2213, and alerted our grassroots activists to take action. Despite our best efforts, the gun control passed 260-171 with the support of 39 Republicans later that same day at 10PM. Government funding will likely be extended until March 15th, so we have five days maximum to defeat this gun control in the Senate.”

GOA explained: “This year’s government appropriations bill includes two major gun control restrictions. Sections 1101-1102 of the bill are known as the NICS Denial Notification Act to make the existing background check system even WORSE. As you well know, the current NICS background check system is broken beyond belief. Nine out of ten times, when someone is denied a gun purchase by the NICS system, it’s a law-abiding citizen who was wrongly denied their right to purchase a firearm. Because the vast majority of NICS denials each year are false positives, the government gets less than a few dozen convictions of prohibited persons stupid enough to try to buy a gun at a gun store. Even so, Congress seems intent on passing the NICS Denial Notification Act which instructs ATF to help local law enforcement launch CRIMINAL INVESTIGATIONS into each NICS denial—including all false-positive denials. So, if this passes, you better hope the NICS system doesn’t falsely deny you your next gun purchase! Additionally, the government spending bill’s Section 1103 also contains funding for ATF to begin deputizing local law enforcement officers to enforce federal gun control laws. ATF can also appoint local government attorneys to help prosecute the enforcement of this gun control as well.  This runs in direct contradiction to the Second Amendment Sanctuary laws that GOA has been pushing around the country at the state and local level. States like Missouri and Idaho have passed the STRONGEST Second Amendment Protection laws which prohibit funding for gun control and/or include criminal or civil penalties for government agents and/or agencies that enforce unconstitutional gun control. More than a dozen other states have similar statutes. And yet, Congress is facilitating the enforcement of federal gun laws with local ATF deputies!” (Gun Owners of America passage ends)

Future Navy ship to be named after Ruth Bader Ginsburg