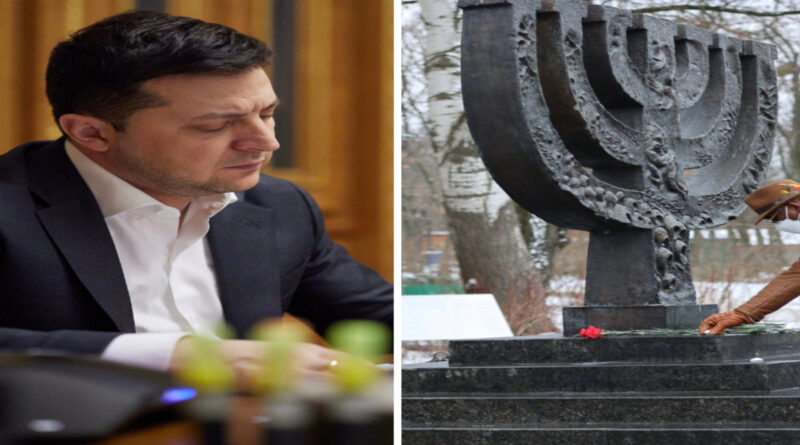 On Tuesday, Ukrainian President Volodymyr Zelenskyy claimed that Russia had targeted a well-known holocaust memorial in the country, Babyn Yar. “To the world: what is the point of saying «never again» for 80 years, if the world stays silent when a bomb drops on the same site of Babyn Yar?” Zelenskyy wrote in a tweet. “At least 5 killed. History repeating…” the Ukrainian president continued in an appeal for western intervention.

To the world: what is the point of saying «never again» for 80 years, if the world stays silent when a bomb drops on the same site of Babyn Yar? At least 5 killed. History repeating…

A day later, an Israeli journalist later refuted Zelenskyy’s claims after posing for a photo next to the Babyn Yar memorial, which was completely intact. Russian forces did target a television antenna located just 300 meters from the memorial site in an attempt to cut Ukrainian communications. The strike does not appear to have targeted the memorial site, however, and the monument was left unharmed.

According to the Ben Yishai of the Israeli outlet Ynet, no missiles landed on the memorial grounds. Three bombs dropped by Russian aircraft did land in the area surrounding a giant television tower, however, causing damage to administrative buildings. At least two guards were reported injured by Ynet while the Ukrainian government reported five civilian deaths.

“It seems the reporting that the Babi Yar memorial itself was hit was part of the Ukrainian misinformation campaigned, aimed at destabilizing the enemy,” Yishai reports.

The story has dominated headlines throughout the week while Ynet’s report has generated a fraction of the coverage. “Russian airstrike hits well-known holocaust memorial in Ukraine, killing five,” reads an active USAToday headline. On YouTube, a Fox News video titled “Russia bombs holocaust memorial where more than 30,000 Jews were murdered” has garnered more than 230,000 views.

“What better way for Putin to prove his ridiculous claims of “denazification” than by attacking a country with a popularly elected Jewish president followed by bombing a Holocaust memorial,” wrote CNN’s Jake Tapper in a tweet.

Russia’s invasion has led to several widespread fake news stories over the last two weeks. In the early days of the wider conflict, reports of a Ukrainian fighter ace dubbed “the ghost of Kyiv” went viral on social media. The alleged air ace was said to have downed multiple Russian aircraft in a single day, making the pilot Europe’s first fighter ace since World War II. The story was widely shared by mainstream media outlets, pundits and politicians, including U.S Rep. Adam Kinzinger, who shared a poorly photoshopped meme of comedian Sam Hyde thinking he was the mysterious pilot. The story was never verified and is widely believed to be false, though some Ukrainian government officials and media outlets still advance the claim. 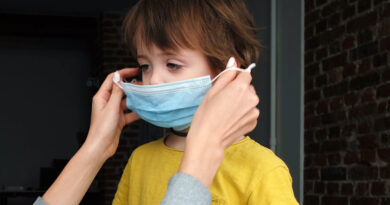 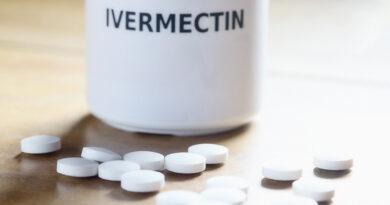 Did a top Chinese official defect to the US and reveal bioweapons secrets about the Wuhan lab? 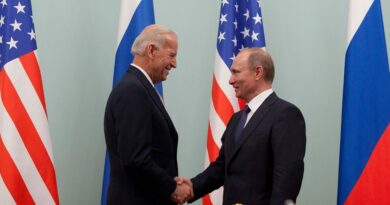