CNN anchor Chris Cuomo blamed Republican Utah Rep. Chris Stewart for “putting both arms around” Republican Georgia Rep. Marjorie Taylor Greene — only to find out on live television that Stewart had been among those who voted to strip Greene of her committee assignments.

Cuomo began by suggesting that Stewart and other Republicans in Congress could have done more in recent weeks to push back on rumors that former President Donald Trump believed he might be reinstated at the White House, and Stewart argued that it was excessive to expect every Republican to weigh in on every possible conspiracy theory. (RELATED: ‘Go Work For Your Brother Then’: Joe Concha Lists All The Infractions He Says Should Have Gotten Chris Cuomo Canned)

“Do you believe you’ve done enough to disabuse of the notion that Trump may get reinstated? I can’t find you talking about it,” Cuomo asked.

“The reality is I can’t address every conspiracy theory out this and I know absolutely nothing about QAnon,” Stewart replied, adding that there were a number of conspiracy theories out there that he did not address.

“You could say, ‘Trump is not getting reinstated,’” Cuomo pressed. “There is no congressional or constitutional mechanism form. It will never happen. It shouldn’t be said. It should not be thought about. You could say that.”

“Well, I could. But there are all sorts of things out there that are ridiculous and–” Stewart replied, but Cuomo cut him off.

“But that is their big one. They’re waiting for it and Q keeps … moving the date, but you don’t weigh in because you say there are too many things to worry about,” he said.

Stewart continued to push back, saying that he was not going to weigh in on QAnon because he did not believe they had “moved the needle” in terms of American politics and turning some of the blame on media for “elevating” the group to a stature that it did not deserve.

“We’ve elevated QAnon?” Cuomo appeared taken aback as he pointed out the fact that Greene had been elected to Congress and Republicans had ousted one of their own — Wyoming Rep. Liz Cheney — from leadership after she spoke out repeatedly against Trump.

“Hey I’m happy to have that debate with you,” Stewart replied.

“It’s not a debate, brother. You put both arms around Marjorie Taylor Greene and you brought her into your conference. That’s what you did,” Cuomo accused, but Stewart was quick to object.

“No, I didn’t,” he said, pointing out that it was the people in her district in Georgia who had voted and sent her to Congress.

“Did you vote to have her removed from the committees?” Cuomo asked then.

“I actually did,” Stewart confirmed.

“Good. That’s a good thing for the audience to know,” Cuomo replied.

“You say I put my arms around her and embraced her. That’s not true at all. The voters in her district did. We’re troubled by some of the things she said,” Stewart concluded, adding that he felt as though Democrats should be willing to take the same steps in holding Minnesota Rep. Ilhan Omar accountable for the things she has said.

“There are members in Congress who say things that are frankly outrageous. They should be held accountable for those things,” he said. “They don’t reflect the best heart and minds of the American people.” 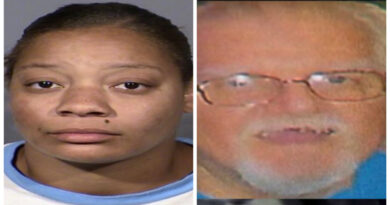 Woman Who Fatally Shoved Elderly Man Off Bus Gets 20 Years 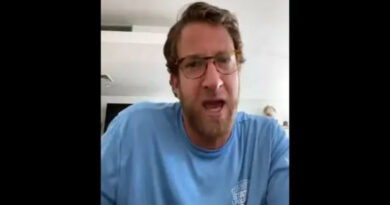 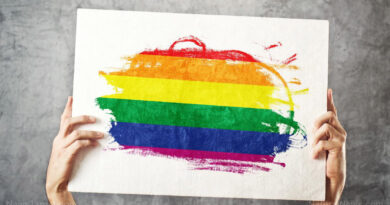