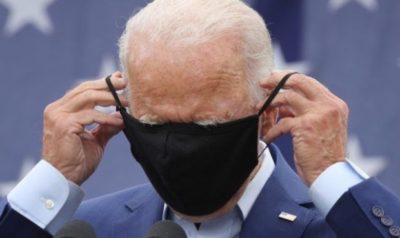 President Joe Biden’s latest high-profile Fed nominee is in danger of being struck down in the Senate because she is widely seen by her peers as a left-wing activist rather than a serious monetary economist, several economists told the Daily Caller News Foundation.

Biden appointed Lisa Cook, a professor of international relations and economics at Michigan State University and former Obama White House staffer, on Jan. 13 to serve on the Board of Governors of the Federal Reserve, which regulates the banking industry.

Critics, including some in the Senate, say that she is not qualified for such an important job and has mischaracterized her economics experience.

A senior Republican Senate aide, who requested anonymity because they are not authorized to speak on Republican strategy, told the DCNF that Cook is one of the least qualified nominees in the Fed’s history. The aide stressed that Cook’s scholarship has no connection to monetary economics or the Fed’s dual mandate.

Cook claims that she is a macroeconomist, but a review of her published work does show any peer-reviewed macroeconomic publications.

“In her extensive writing for academic journals and think tank essays listed under ‘publications,’ you will find essentially nothing related to monetary policy, monetary effects on employment, interest rates, inflation, financial regulation or other traditional Fed topics,” wrote Hoover Institution economist John Cochrane in a blog post. “Lisa Cook is superbly qualified — if the job is to bring the Administration and progressive supporters’ racial policies to the Fed. That might mean requiring DEI or ESG practices at banks, or to companies that banks lend to, directing credit to some areas or by race, and strengthening the DEI initiatives and race based hiring and promotion practices within the Fed.”

Cook’s CV lists a publication in the American Economic Review (AER), the top peer-reviewed economics journal in the world. The publication, “Metals or Management? Explaining Africa’s Recent Economic Growth Performance,” would be her single greatest academic accomplishment. However, the paper was actually published in AER Papers and Proceedings (AER P&P), a separate publication that is not peer-reviewed.

The publishing quirk is confusing for laymen, says Jeffrey Ely, an economics professor at Northwestern University in a blog post. “I move that the American Economic Association stop publishing Papers and Proceedings. Non-peer reviewed, inaccessible data, and punditry that can’t tell the difference between P&P and a regular AER article can’t be good for the reputation of the journal, the AEA, or the profession.”

Generally, they wait for economists to weigh in on NBER papers and critically assess the methods. It’s totally unclear to journalists that the papers & proceedings edition of AER is not peer reviewed, and there we’ve had many instances of truly garbage papers blowing up in media.

“Any edits on her website were simply for brevity and conciseness and part of regular updates to her website,” said a White House representative to the DCNF.

In June 2021, Cook’s Wikipedia page was edited to clarify that her AER paper was in fact in AER P&P. A Wikipedia account apparently belonging to Cook’s “best-known mentee,” Anna Gifty Opoku-Agyeman, was investigated and blocked by other Wikipedia editors for allegedly using “sockpuppet” accounts. Opoku-Agyeman is a co-founder of The Sadie Collective.

The DCNF reached out to The Sadie Collective to confirm that the Wikipedia user “Sadiecollective” does in fact belong to them, but did not receive a reply.

“This is not the place in this time of great peril for purely race-based appointments,” former Trump adviser Peter Navarro told the DCNF. “Professor Cook is more qualified to coach an NFL team than manage what may be a looming collapse of our economy from a perch at the Fed. When that collapse comes, nobody in the financial world is going to say “Find Lisa Cook.” Ultimately, this is not fair to Cook herself as it sets her up for an epic fall.”

Pretty scathing from someone who was almost Fed Chair “We have a generation of central bankers who are defining themselves by their wokeness… We’re in more danger than we’ve been during my career of losing control of inflation in the U.S.” https://t.co/LIRZdFtdsi

Many in the Democratic Party support Cook’s nomination.

“The five Biden Fed appointments and reappointments strike me as a near-perfect portfolio of central-banker appointments,” said Brad DeLong, a professor of economics at Berkeley who previously served as deputy assistant secretary of the U.S. Department of the Treasury in the Clinton Administration. “The Amended Federal Reserve Act charges the President, in choosing the members of the Board of Governors, to ‘have due regard to a fair representation of the financial, agricultural, industrial, and commercial interests, and geographical divisions of the country.’ Past presidents have felt free to disregard the legislative language of the ‘representation’ clauses of the Amended Federal Reserve Act.”

Aharon Friedman, a tax lawyer and former Trump Treasury official, disagrees with DeLong’s assessment of the representation clause. “To the extent that anyone claims the law makes race a factor to be considered, that is wrong. If race was supposed to be a factor, the statute would have said ‘representation of RACE and the financial, agricultural, industrial and commercial interests, and geographical divisions of the country.’ The Fed has taken its focus away from its core mission and is instead trying to address the woke agenda,” Friedman told the DCNF.

My statement on the @FederalReserve Board nominations of Sarah Bloom Raskin for Vice Chair for Supervision, Lisa Cook, and Philip Jefferson: pic.twitter.com/qFZM7zZf1T

Others, such as Mervyn King, the Alan Greenspan professor of Economics at New York University, say that the very existence of such a partisan split in the first place will politicize the institution and degrade it in Americans’ eyes.

“Economies and societies are most likely to flourish when central banks are free to act independently, guided by sound economic judgment and not short-term political expediency,” King wrote in a recent Bloomberg op-ed with Dan Katz. “As politics weigh more heavily in their calculations, central banks will find it harder to do what they are uniquely qualified to do — provide monetary and financial stability.”

If confirmed, Cook would likely push for mandatory diversity on corporate boards. “I would adopt that rule more broadly,” said Cook in 2020 when asked about a California law that imposes punitive fines on non-diverse boards.

Cook has also said that we’d have avoided the 2008 financial crisis if economists had more diverse “lived experience.” She is listed as a co-author on a 2000 report with Klaus Schwab, executive chairman of the World Economic Forum.

The White House denied that Cook was a co-author with Schwab. “Cook and Schwab collaborated with a group on the production of and contributed articles to the same volume … but that doesn’t make them co-authors,” it told the DCNF.

She ‘Never Really Was A Monetary Economist’

“Not everyone needs to be a practicing monetary economics scholar. Judy Shelton wasn’t,” said Alexander Salter, an economics professor at Texas Tech. “But Shelton had 4 decades in public life in monetary policy adjacent circles, wrote two money books, and a great many money articles for policy/popular audiences. I know pretty clearly what Shelton thinks about monetary policy. I don’t have the foggiest what Cook thinks.”

The vast majority of Cook’s writing focuses on the effects of racial bias and discrimination. An Axios article stated that “Cook’s academic writing suggests she is a dove,” but a list of her written works does not include titles concerning central banking, financial industry supervision, inflation or monetary policy.

“She and I were at [Harvard] at the same time in 1997 and 1998, she’s a great person, but she isn’t and never really was a monetary economist,” said Christopher Hartwell, who is now head of the International Management Institute at the Zurich University of Applied Sciences. “Love her to death but don’t think she fits here.”

“The Federal Reserve Board needs members with a deep understanding of monetary economics and who can bring frontier research and scientific insights to bear on the decision making,” said Harald Uhlig, an economics professor at the University of Chicago, to the DCNF. “The public deserve that they are the best of the best: monetary policy is too important, especially now. But it is hard to make the case that her publication record shows her to be a leading scholar of monetary economics. Why, then, was Lisa Cook selected?”

A dearth of subject matter expertise has previously been sufficient to sink a nominee to the Federal Reserve’s Board of Governors. Nobel laureate Peter Diamond was nominated by former President Barack Obama in April 2010, but was ultimately deemed unqualified and withdrew from the process because his Nobel prize-winning labor economics papers were not relevant enough to the job as a monetary economist. Diamond has 47,813 citations on his Google Scholar page. Lisa Cook has 1,083 citations on her Google Scholar page, with 91 citations coming from a single paper where she is thanked in the footnote, while 214 citations should be attributed to a different “Lisa Cook.”

Your regular reminder that Shelby blocked Obama’s nominee to the Fed, Peter Diamond, for being “unqualified” even though Diamond has an economics Nobel https://t.co/g4CP7gfjbL

The first line of Cook’s website refers to her as “Professor in the Department of Economics and International Relations.” Public records show that her primary tenure affiliation is with James Madison College, not with the economics department.

The DCNF contacted James Madison College to inquire whether or not Cook’s role in the economics department is a “courtesy appointment,” but did not receive a reply. Cook’s salary in 2018, the last year data is publicly available, was $106,733.

That same year, Ben Zou, Oren Ziv, Prabhat Barnwal and Hanzhe Zhang were each paid at least $20,000 more than Cook despite being assistant professors in the same economics department where she was previously an associate professor.

In addition to the embellishment accusations, Cook has also allegedly manufactured facts. She mentioned in a 2019 New York Times interview that “There is a growing body of evidence to suggest that underrepresented minorities and women are under-cited.” When pressed about it by Vanderbilt economist Andrea Moro, Cook pointed to an anonymous assertion in an informal report that she helped write.

The Senate Banking Committee (SBC), led by Sens. Sherrod Brown and Ranking Member Pat Toomey, consists of 12 Republicans and 12 Democrats. Sen. Jon Tester, a moderate Democrat on the committee who expressed concern over Saule Omarova’s calls to bankrupt the oil and gas industry in December, may play a key vote in Lisa Cook’s nomination, the senate aide told the DCNF. If Cook clears the SBC, Sens. Joe Manchin and Kyrsten Sinema may be key votes to win the Senate, the aide said. 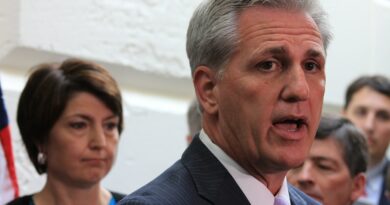 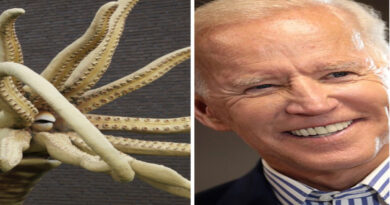 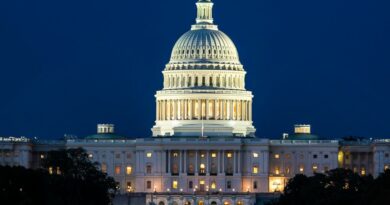 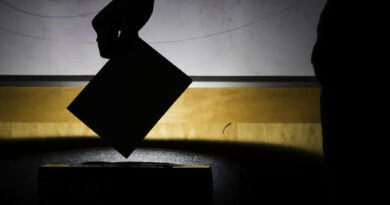 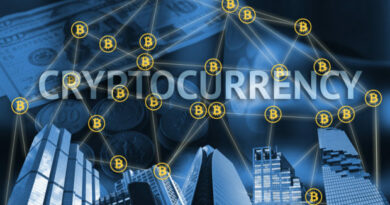 The Declining Prospects Of A Donald Trump Presidency