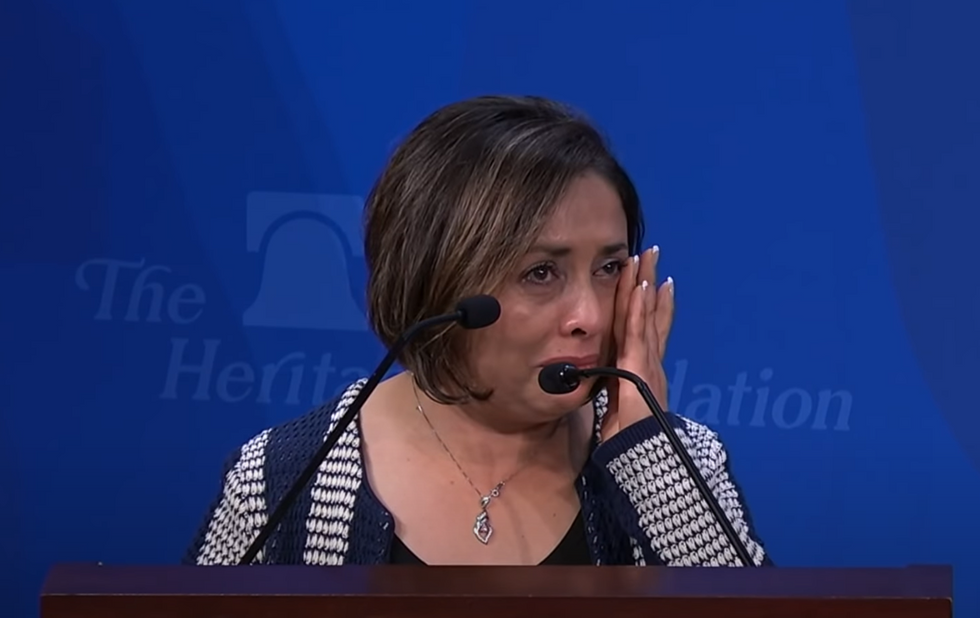 A California mother is speaking out against the government of Los Angeles County, which she claims encouraged her daughter to identify as a male, sign up for transgender treatments, and be put in foster care instead of her mom’s house. The grieving mother asserts that her daughter’s L.A. County school didn’t properly treat her depression, which ultimately may have contributed her to committing suicide.

Abigail Martinez immigrated to the U.S. from El Salvador at age 18. Martinez, now 53, had four children, including Yaeli Martinez. Of her three daughters, Yaeli was “the girlie girl in the house,” who loved dressing up as a princess and talking about the boys she liked at pre-school, Martinez said.

However, Yaeli was bullied in middle school over her looks. By the eighth grade, she began showing signs of depression, according to her mother. Around the age of 15 or 16, Yaeli started questioning her sexuality.

Martinez painfully recounted her daughter’s situation, “When she started high school, the doors opened to what she was talking about, like transgender, going to meetings, going to all the support that they think they have for these children … which is not.”

“The school counselor was involved, DCFS (Department of Children and Family Services) was involved, LGBT was in there too, trying to ‘help’ my daughter on the transition of being transgender,” Martinez explained. “I was accused that I didn’t want to open my eyes since she felt since she was a little girl that she was a boy which was not true. She was not even close to a tomboy … she was the girlie girl in the house.”

Martinez asserts that instead of proper treatment for mental illness, her daughter was encouraged to receive hormone treatments and gender reassignment surgery by school staff and an LGBTQ support group.

She remarked, “I knew that the hormones wouldn’t work.”

The Daily Mail reported, “Yaeli was allegedly told by her trans peers that the only way she could get it paid for by the state was if she was in foster care. Martinez claims Yaeli’s trans friend ‘coached’ her to tell social workers she was abused so the state would pay for her gender reassignment.”

Yaeli ran away from home in July 2016 and then told the Department of Child and Family Services (DCFS) that her mother slapped her in the face.

Martinez emphatically denied the accusations, “I never was abusive to my children. I love my children. I never slapped her. But she was coached by this family what to tell the authorities so they cannot send her back home with me.”

A Los Angeles family court judge ruled Yaeli would be placed in foster care, and the mother would only be allowed to have brief and monitored visits. Despite the ruling, Martinez was still able to keep custody of her three other children and could continue to work as a nanny.

Martinez shared text messages sent to her by her with the Daily Mail.

“I can be difficult sometimes but I really love you Mama,” Yaeli wrote to her mother in a text message. “I love you lots,” another message said.

“I love you and remember you are strong. I’m so proud of you for everything you’ve done. … I’m really happy to have you as my mom. You mean the world to me. … You’re the best mom anyone could ask for. You constantly sacrifice yourself for others,” Yaeli told her mother.

“The school psychology and LGBT told DCFS that my daughter would be better off out of the house,” Martinez said. “They took away my daughter when she was 16-years-old. I tried my best to get her back… going to court every single month.”

“On the visit days, when she came to my house, I was told not to talk about God,” the bereaved mother stated. “They told me if you do that, you’ll never see your daughter.”

“But I brought meals to share with her on Saturdays, and we prayed before eating,” Martinez noted. “She would close her eyes and bow her head.”

By this time, Yaeli Martinez transitioned to a male and changed her name to “Andrew Martinez.”

“I didn’t like the idea [of transitioning]. But I just wanted her to find out what was leading her to go that way,” Martinez told the outlet.

“I explained to the social workers it’s not going to work,” she advised. “My daughter needs mental health help. You have to go from the inside out. If she’s happy with herself that’s all we need. Focus on that.”

Martinez revealed that her 19-year-old daughter committed suicide on Sept. 4, 2019.

“I didn’t feel good, I felt a pain in my chest the whole day,” Martinez said. “I wanted to run and cry, it was a weird feeling I’d never felt before. I got a phone call, they said it was Pomona Police.”

“Around 9:30 p.m. that night, she walked in front of the train tracks facing a train,” Martinez expressed. “She went on her knees, raised her arms up and just laid on the tracks.”

The mourning mom painfully details her daughter’s tragic death, “I couldn’t see her for the last time. I was told if I wanted to see her I needed to sign a form because there was not much to see.”

“She was taken away from my house because they wanted to save her life,” the grieving mother said. “My question to all of them is where is my daughter now? Why did they play with her life?”

Martinez declared with tears rolling down her face, “I want everyone to know the truth because it didn’t have to happen. I don’t want this to happen to any other family or to go through all this pain. There’s a lot of pain.”

In 2020, Martinez filed a civil lawsuit against Los Angeles County and its Department of Child and Family Services.

The Los Angeles DCFS acknowledged that it had “aggressively pursued the implementation of inclusive, gender-affirming laws, policies, and supportive services for LGBTQ+ youth.” The agency noted that LGBTQ children “face significant disparities in physical and mental health outcomes, including higher rates of suicide.”

The Arcadia School District has denied encouraging hormone treatment or gender reassignment surgery on any students.

“We share in the sorrow and grief of the Martinez family and continue to offer our sincerest condolences,” Ryan Foran – spokesperson for a spokesman for the Arcadia School District – told the Daily Mail.

“Furthermore, a claim suggesting our school or a staff member did not properly treat a student’s severe depression is both completely inaccurate and troubling as our schools and staff would not be authorized or medically qualified to treat clinical depression,” Foran continued. “However, our staff works tirelessly to provide and suggest resources, when appropriate, to help connect students and families with licensed mental health professionals to treat conditions such as clinical depression.”

“We have a very caring staff that is dedicated to providing a safe, nondiscriminatory school environment for all students,” he added. “We also continually provide resources to promote the healthy mental, emotional, and social well-being of all students.”

You can watch the powerful video of Abigail Martinez sharing her heartbreaking story below. 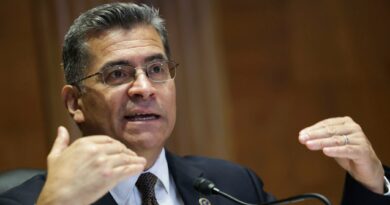 “Anything to Get More People Vaccinated Would be Welcome”